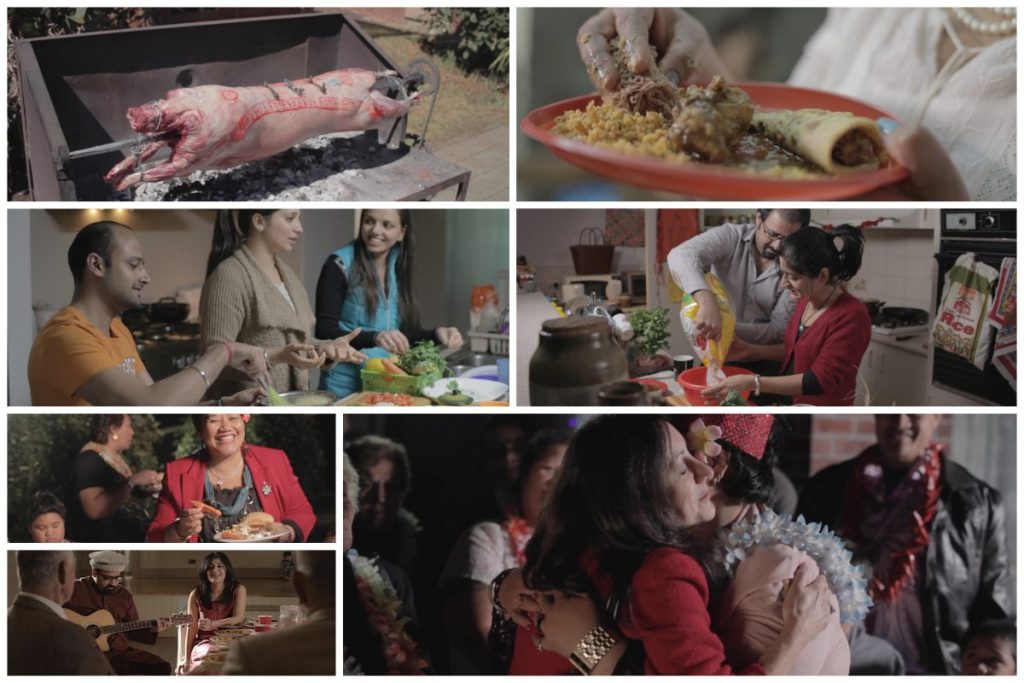 Food can be much more than a basic survival tool for mankind. It can be a medium to show love, say welcome, spread joy, build friendships and above all…..bridge cultural, geographical and religious differences.
What makes Australia the ‘culinary destination’ of the world? It is the multiculturalism; the diverse way of life here. It is the sense of community that we have in spite of having come from around the globe; it is our ability to intermingle and live together harmoniously that makes Australia one of the happiest and most liveable places on Earth.
Yet, this country faces a serious threat today from divided communities, misguided anger, religious and cultural differences. The same things we celebrated as a nation and was our real strength stand threatened today.
So can food really make a social change? Yes, it can….says Emma Macey-Storch with her latest documentary series, Meet + Eat! 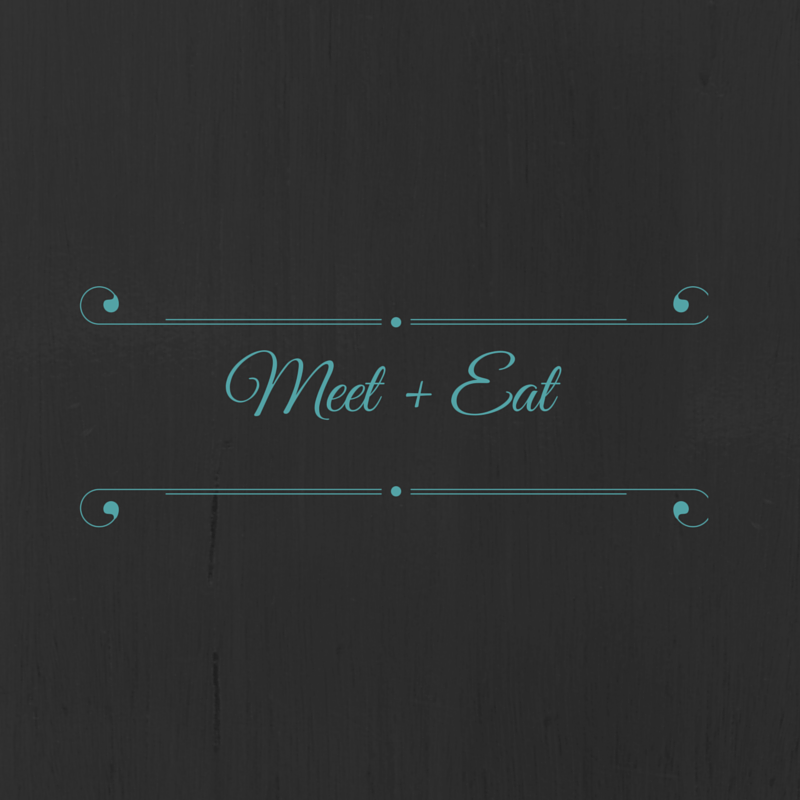 Emma is the Creative Director (VIC) of the not for profit organization, Curious Works. She is the Director/Producer of the Meet + Eat online documentary series which explores the charming and compelling stories of people from two of Australia’s most culturally rich and diverse regions of Australia: Hume in Victoria and South Western Sydney – where you can walk down the street and meet the world.
Sit down, share a meal and have a yarn – that’s what this documentary is all about. But at its heart, Meet+Eat is about celebrating diversity. Meet the truck drivers, musicians, comedians, teachers and grandmothers of these places. Over the series, you hear their stories of immigration, identity, personal challenges and personal victories.
Here are the excerpts from my interview with Emma Macey-Storch and the wonderful work that she and her team have been doing through this documentary; 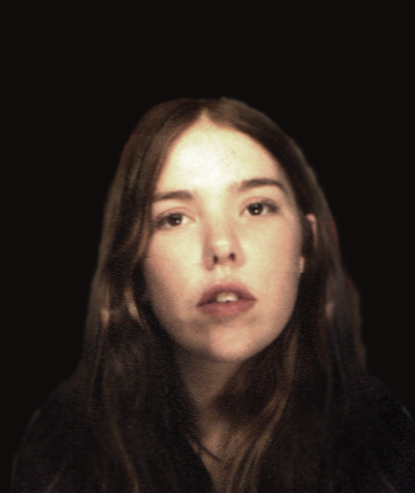 Could you tell us a bit about your background, education, family, your work with Curious works etc…?

I grew up in Melbourne to a British father and an Australian mother who always had an interest in travelling and photography. It’s no shock that eventually after doing a couple of degrees and further studies in teaching, jewellery, music, fashion and fine art that eventually I found my love for filmmaking.
I have now been a Director/Producer of documentary, animation and fiction projects in the UK and Australia for 16 years. In a previous incarnation I headed up an organisation called FILM 15 Productions in Wales in the UK where I specialised in skills development and the production of 73 short films with the local community. The project I ran developed the talent of many young people aged between 8-28 who previously were unemployed or struggled at school. Many now work in the industry on everything from TV soaps to major feature films at Pinewood Studios.
I have done a lot of different types of filmmaking – everything from a national animation project called Animation Tank in Wales (that taught literacy skills to primary school children through the making of animations) to a ‘short’ Bollywood inspired film called Dream Girl that involved 165 people from a local community in Wales working with veteran Bollywood actor Mayur Raj Verma (Muqaddar Ka Sikandar and Love in Goa).
Since returning to Australia I have been working as the Creative Producer for CuriousWorks and have been responsible for working with the community in Hume and a great team of budding filmmakers to create the beautiful content for the Meet+Eat (VIC) series.
How did the idea of Meet + Eat come about? What was the main motivation/inspiration?

The concept of Meet + Eat is the brainchild of award-winning media arts organisation CuriousWorks, who have made it their mission to share the rarely-told stories of multicultural Australia. Using the slogan ‘Visit another Australia’, they develop long-term relationships with these communities, encouraging them to celebrate their diversity and share it with the wider nation.
Meet + Eat is a really good way to open the doors to these kinds of stories. Not only do the Meet + Eat films give us a deeper understanding of diversity in Australia and what culture really means to everyday people, but also a quite surprising and inspiring insight into what happens behind closed doors in the Hume neighbourhood.
The series covers stories of immigration, displacement, identity, inter-cultural exchange, personal history, dance, cooking, music, human rights, youth violence, neighbourhood memories and is often a catalyst for the creation of great friendships.
And why food as a medium to bring communities together?

Often when we think about sitting down and having a meal we think of our family and our friends. There is no doubt that food is a great ice breaker and is the one thing all cultures have in common. In Meet + Eat the meal each family cooks for each other comes from their cultural background or has some personal significance to them, so this we believe that this immediately encourages a deeper and more personal conversation with the other party.
One of my favourite moments in the entire Meet+ Eat series is when Helen from Greece reveals a huge lamb spit roast and 20 members of her extended family to Maria (from Samoa) Until that point Maria had never been invited to dinner by another family in Australia in the 12 years since she had arrived. Maria was so moved by the experience. When people from her workplace watched the film she suddenly had so many invites she couldn’t keep up. What this episode (Princess and the Bird) illustrates is how easy it is to forget simple acts of kindness to new arrivals, work colleagues or our neighbours. Food is a very meaningful way to connect to other people.
But not every episode uses food as the main connecting factor. In Fields of Dreams, what unites Dhammika and Nayana is their passion for dance. The food was incredible at their dinner but it was the dance that connected them to each other in a very joyful way. They danced for hours – and they talked as they danced and learnt about each other’s cultures through presenting their dances to each other.
Is there any particular reason for focusing or basing these documentaries in Hume?

Hume is considered one of the most diverse communities of Melbourne with over 100 different known cultural groups now living in Hume. This made the perfect demographic for our project and provided us with a way to promote the benefits of cultural diversity to a wider audience through sharing their stories.
One of the most interesting aspects for me personally is also around the way the area has been portrayed negatively in the mainstream media for decades. I really liked the idea of creating good news stories for Hume and showcasing the amazing talent and exceptional lives of these residents. There are definitely some stereotype breakers in Meet + Eat.
Every documentary has two families of two different communities coming together. Was this a random choice or were each pair chosen with a purpose?

The selection of families wasn’t random at all. For me as a Director/Producer I was looking for some meaningful connection between the two families that meet and some theme or lesson we could take from their shared experience. There is a lot of gut feeling that goes into the selection process. At first I just try and join in community activities and meet people. Once I have some ideas I tend to try and get to know the families as individuals before I decide what story I want to tell. For example one of the other episodes this year, Wild at Heart, saw three elderly farmers who are running the last dairy farm of Craigieburn meet with a family from Pakistan who are living in the suburban part of Craigieburn. Traditionally the rural communities and the people living in the new developments don’t mix and there is a little bit of tension around the impact the new suburban sprawl is having on the rural community. What I knew about the Pakistani family is that they had a very heartbreaking experience that caused them to feel displaced and promoted their move to Australia and the old Farmers are feeling displaced from their way of life because of progress. I felt this offered an incredible opportunity for us to look at the idea of displacement from several angles and challenge the perception that displacement is a refugee issue. It is about touching that common human experience in the films and offering up a narrative that enables us to see our neighbours in a different light and feel positive about cross cultural connections.
With Dhammika and Nayana, I really admired how pro active they both are in their community and how they both use dance to bring people together. It’s totally infectious what they do and brings a great deal of happiness to those who take part! In many ways, I believe our society is becoming more isolated despite people living more and more in the big cities. You don’t see kids out that much and the days of street parties are far and few between. I think the story of Giddah in Indian society and Dhammika and Nayana’s drive to reconnect people through their cultural dances is absolutely inspiring!
What was your personal experience and has it changed anything for you doing this documentary series?

I think the entire crew would agree with me when I say that we were as much on a journey of discovery as our subjects. During filming we very much had our own Meet + Eats with the subjects. In lunch breaks there would be lots of conversations and especially with Nayana and Dhammika we were invited to stay on for dinner after filming for a 5 course meal. It’s been a gorgeous experience I don’t think you can go into making a documentary series like this and not expect to form a deep connection with the subjects involved or learn something about yourself.
We of course also have a big responsibility to our subjects as well because they are sharing very personal and private experiences with us and trusting us to put it together into something that truly represents them and the story they wanted to share. About 65% of the footage we film with the subjects doesn’t make the final cut, so effectively we get to take away our own secret long cut version of the film in our memories.
What do you aim to achieve or what do you think has been achieved with this documentary?

There are very different types of outcomes that are achieved by making these films with the Hume community.
On a grass-roots level, I think people are a bit scared to get to know other people – be it at work or people that live around them. I think all the Meet + Eat films attempt to inspire openness to cultural diversity in Australian society and encourage people to maybe take that first step to reach out to somebody new. At public screenings it is very common for people to say to me afterwards that the films made them realise that they don’t know their neighbours and maybe they should make more of an effort.
Also for the subjects the act of making the documentary is what actually brings them together and in turn becomes the catalyst for their families and their extended networks to connect to each other. This is community building on a basic level and one of the aims we had as an organisation. 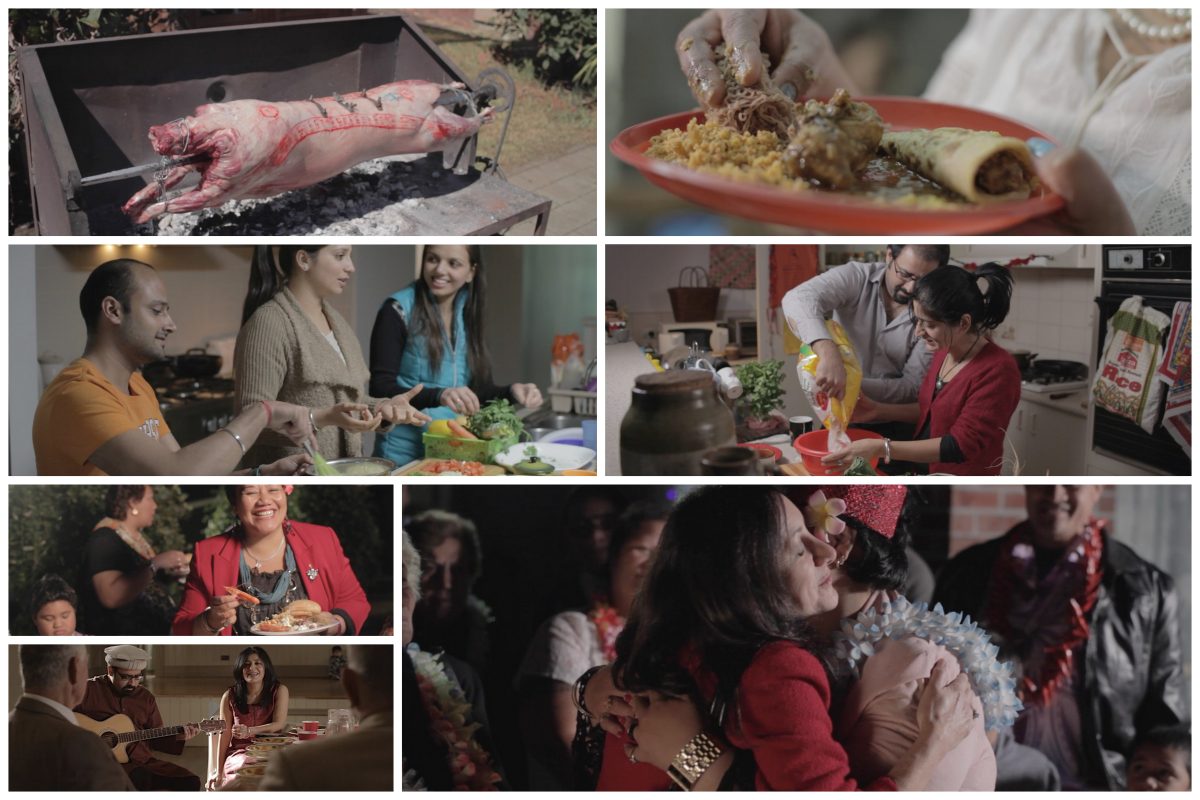 Sharing stories, sharing food, sharing your interests and sharing your culture is very powerful and I think as a global community there should be much, much more of it.
To watch the online versions of the films you can visit www.meeteat.com.au or click on the documentary titles below;
1. Fields of Dreams
2. On the Line
3. Wild at Heart
4. Symphony for Two Rivers
5. Princess and the Bird
6. Deer and the Fawn