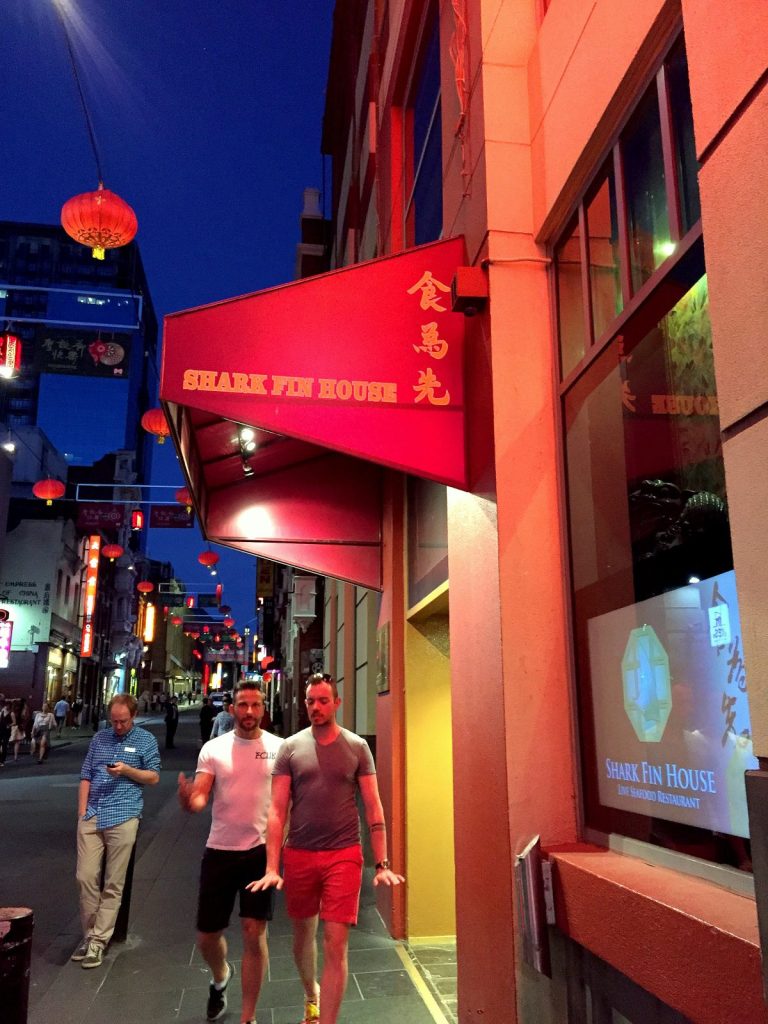 The visit to Shark Fin House situated on Little Bourke Street in the Melbourne, CBD was a planned one. Our friends were giving us a treat and had invited us to this restaurant. There were 6 of us and 2 little ones, a happy (after a successful shopping spree) ravenously hungry bunch who particularly loved Chinese cuisine.

It was a weekend and we walked in close to 7.00pm. We hadn’t made any reservations so was apprehensive about getting a table. But there were tables empty and we were guided to the first floor and seated within minutes.

From the time we were seated and handed over the menus, the pathetic customer service began.

Only 2 of us ordered drinks; I chose a glass of The Right Reverend V (Temperantia Riesling, 2014) and another friend got a glass of Glenfiddich Malt. We requested for plain water for the rest of the group.

The drinks arrived promptly and we proceeded to place the order. We had a few queries as to the portions for some of the starters which we tried to get clarified from the waitress. The lady had minimalistic English speaking skills which made the job really difficult and she seemed to be in constant state of hurry to actually listen out and help us with the ordering process.

Anyway, we went ahead and completed placing the order. We started off with two soups; creamy corn soup with minced chicken meat and the hot and sour soup with Chinese mushrooms, bamboo shoots, shredded bbq pork, fungus and hot spices. The corn soup was just average and didn’t measure up to the expectations but the hot and sour soup was really flavourful, delicious and packed a punch. It is high on spices and would be enjoyed by only those who like the fiery hit and we did thoroughly.

For starters at Shark Fin, we got the vegetarian spring rolls, chicken fillet on skewer with satay sauce and sesame prawn toast. The spring rolls were disappointing; the filling was bland with no real flavour. The chicken skewers were good but didn’t enjoy it with the satay sauce; found it too sweet to my liking. Again, the sesame prawn toast was just average; this was a dish that we were really looking forward to but disappointed especially with a cost of $8.80 for just 2 pieces.

The mains began with traditional Schezuan spicy fish; I was looking forward to this dish so much hoping to experience the authentic Schezuan flavours but the dish was disappointing. While there was no dearth to the Schezuan peppercorns in the dish, there was no balance of flavours which left an unpleasant aftertaste in the mouth.

The highlight dish of the evening at Shark Fin was the diced fillet mignon with XO chili sauce; succulent, melt in the mouth pieces of meat with delicious flavours. It was the crowd favourite hands down and totally recommended.

The next main we ordered was Prawns and vegetables with fried noodles. The dish was good but nothing to rave about. The prawns were perfectly cooked and the vegetables flavourful and crunchy served on a bed of fried noodles.

We also ordered combination fried rice, again an average dish and nothing spectacular.

The last dish we ordered at Shark Fin was the braised venison stir fried with ginger and shallots and served on a hot plate. While there was no sizzle on the hot plate when it arrived on the table, the venison more than made up for it. Braised and cooked perfectly with the aromatic ginger and shallots, this dish was much enjoyed. Totally recommend it.

Now let’s come to the customer service part. Never has a restaurant disappointed me so much in terms of its service. One of the first things I noticed on entering the Shark Fin House was the innumerable awards that the restaurant has won over the years.

But the service at Shark Fin was so disappointing. Like I already mentioned before, the waitress had a huge language issue which really made it difficult placing the order. This is supposed to be a high end restaurant where diners pay big bucks so isn’t it a mandatory thing that the staff must be able to converse well and also help out the diners in the best way possible.

There were only chopsticks placed on the table along with the rest of the dinnerware. Now this is totally fine by us but there were others in our group who were not adept with chopsticks and required cutlery. So when we requested one of the staff to provide us with cutlery, he laughed with a smirk and said that he knew we were going to ask for it. How rude!

In between the meal, we requested the waitress for a single portion of steamed rice but she bought over many bowls of rice; she also bought the wrong orders to the table on two counts which had to be returned. There was a sense of hurriedness and confusion throughout the meal.

And the final straw – a wrong bill! We were billed for dishes that we hadn’t ordered, the dishes that were wrongfully bought to our table. The numbers were wrong and if we hadn’t checked it thoroughly, would have ended up paying a huge amount. Then the hassle of having to explain, counter check etc…..by the end of all of it, we just wanted to get out of that place.

I don’t think I will ever be returning to the Shark Fin house again; they can serve the most delicious food but if they are not willing to care for me as a customer, then it’s a big no for me.