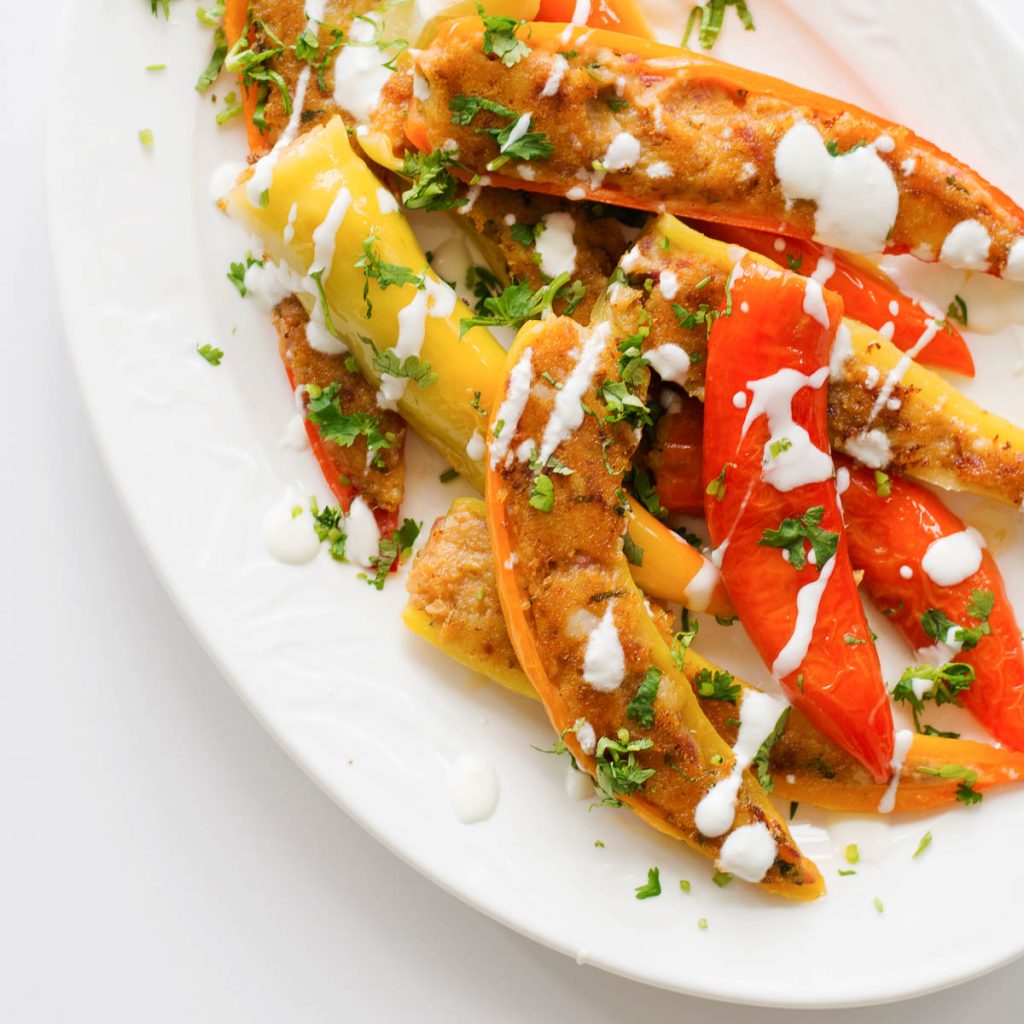 I was under the impression that stuffed peppers are native to Indian cuisine but was fascinated to find out that this dish has many avatars and is popular in several different global cuisines.

In India, it goes by the name Bharvan Mirch and can be both vegetarian and non-vegetarians depending on the stuffing. In Spanish cuisine, this dish is known as pimientos rellenos and is famous especially in Basque country. The Greeks call it Yemista where the pepper is hollowed out and baked with a stuffing of rice and herbs. Mexican cuisine knows this by the name Chile renello; jalapeno peppers are also commonly used in Mexico with a filling of meat, cheese and spices. The Dolma or Dolmeh of Meditteranean/Middle Eastern cuisine is known to the outside world as stuffed grape leaves but peppers and tomatoes are also used. The list is endless and you will be able to find a recipe for stuffed peppers literally from every part of the world.

I have of course, done an Indian version adapted from a recipe by ‘Chef and her Kitchen’. The flavours are classic Indian with a myriad of spices including amchur (raw mango powder) and ajwain (carrom seeds) which helps to lift all the flavours binding the stuffing together. And every bite into the firm yet succulent peppers results in a burst of spicy goodness. 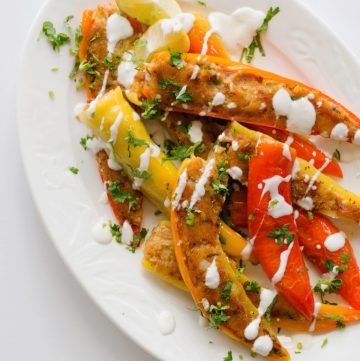