Having spent over a decade living in the Middle East, I have always had a soft spot for Middle Eastern cuisine. But in the 80s, the food globalization was yet to start off and most Indians stuck to the Indian cuisine, experimenting very little with the local cuisine. There were a few dishes that were mass popular and appealed to the Indian palate like the shawarma (a variation of the doner kebabs), hummus, grilled chicken and falafel.

In retrospect, I feel I have wasted a good chunk of my life living in another country, yet not learning much in terms of its cuisine. But after coming to Australia, where there is a good representation of Middle Eastern food, I have once again re-kindled my interest in this cuisine which is one of the oldest in the world.

Moroccan cuisine – I am always in a predicament as some like to categorize it under Middle Eastern cuisine while others tend to call it Meditteranean. For me, it is more of Middle Eastern though you can find plenty of dishes that are a perfect mix of both cuisines.

This Moroccan lamb salad recipe was totally new to me – I have had a lot of vegetarian salads including the famous ‘tabbouleh’ and ‘fattoush’ but hadn’t heard or tasted any salad with minced lamb like this one. I used commercial Moroccan spice mix since I am still experimenting with the home made mix. It is important to use good quality lamb mince and not the supermarket mince which is full of fat. Choose good quality boneless lamb pieces and ask your butcher to mince it for you which is the best way to get amazing mince and makes all the difference for dishes like these. 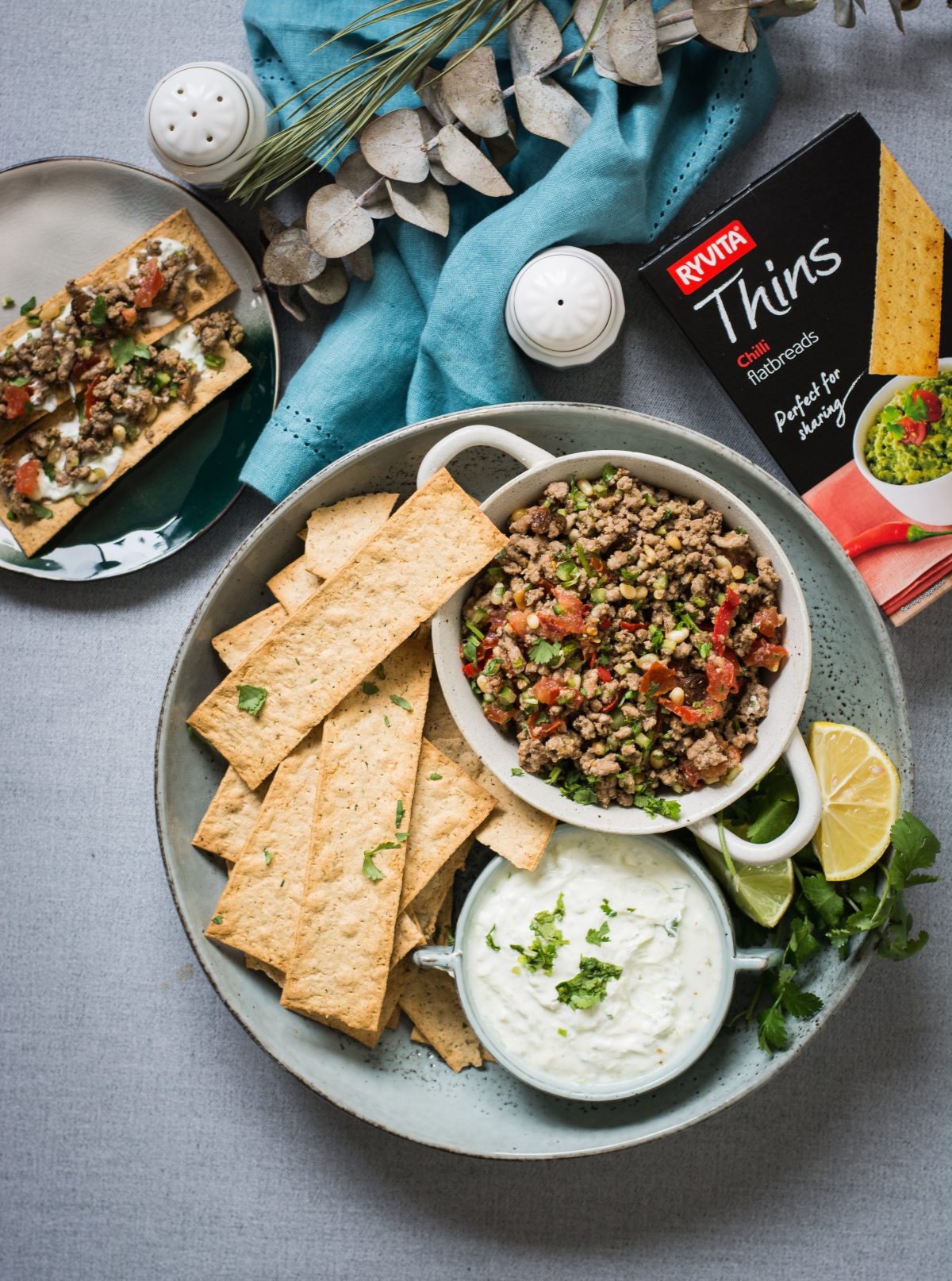 The sultanas/raisins and pine nuts provide a sweet crunch which balances out the heat from the chillies and coriander; the freshness of the tomatoes and cucumbers when mixed through the mildly spiced lamb mince make this a beautiful salad perfect for all seasons. And the best way to serve it – with fresh yoghurt and pita bread. Or this could make the perfect share platter to being a meal with tzatziki and crackers on the side. 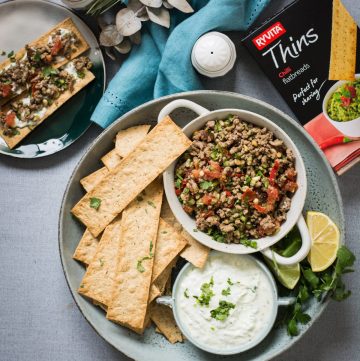