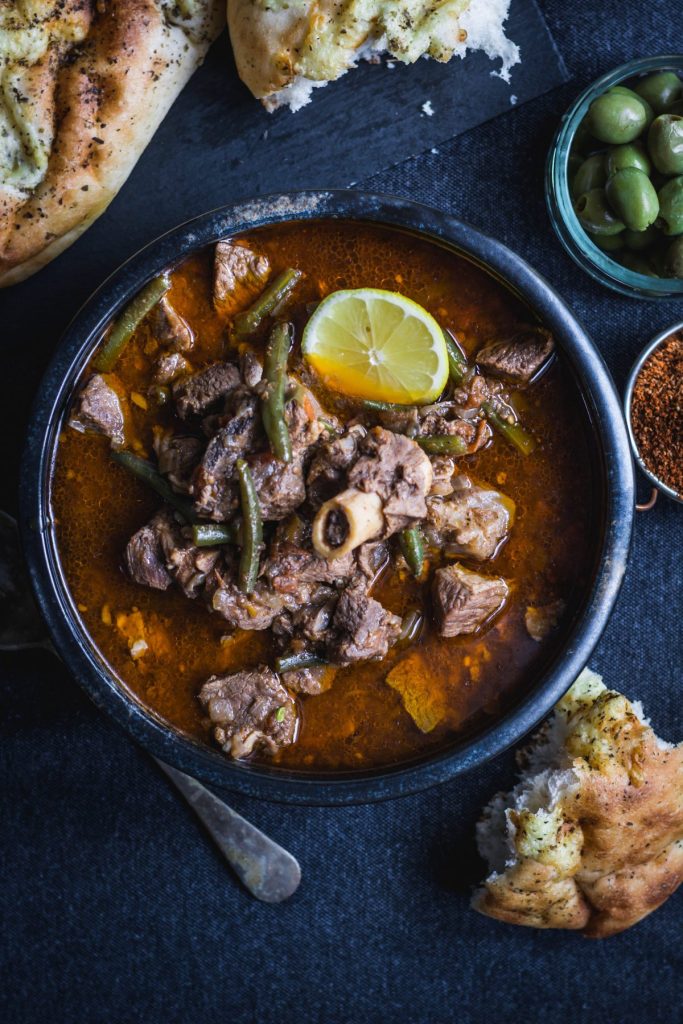 I have never owned a cookbook in my life simply because I haven’t come across any which has captivated my culinary attention. I found most of the books fanciful with elaborate recipes and perfect photographs, both of which look un-achievable to a home cook like me. But after migrating to Australia, I began scouring the nearby public library for international cook books; especially those which can help me take a glimpse into the food culture of a region or country rather than just a bunch of recipes.

‘The Complete Middle East Cookbook’ by Tess Mallos was the first such find – an elaborate heavy book containing thousands of recipes and information about the culture and food habits of the entire Middle Eastern region. I would probably take a lifetime to try out all the recipes listed in this book but it fascinated me so much that I have decided to purchase one….

Murag literally means meat stew but this is the Iraqi version of the famous Middle Eastern meat stews. A vegetable is usually added to the stew and the popular choices of the region are okra, eggplant, green beans or peas. It is usually served with rice and then the combination is referred to as Timman Murag. (Adapted from the cookbook)

Apart from learning a great meat stew recipe, I also got to discover a new spice blend called Baharat which is used in Middle Eastern cuisine. A new one to add to my spice collection. 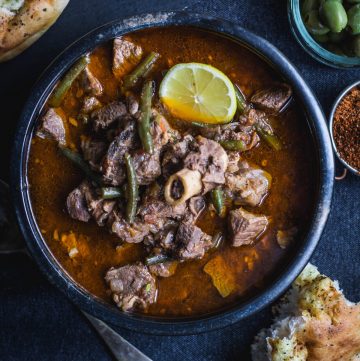