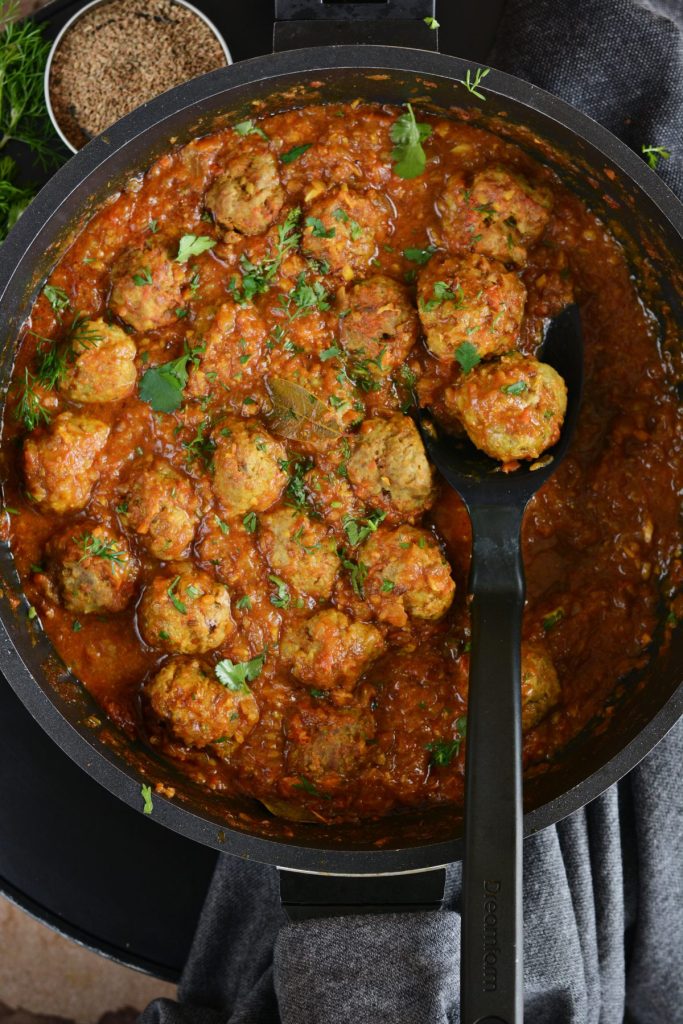 The latter part of the title first – we are ‘one year old’ in Melbourne now. The decision to move base from India to a new country was not an easy one. It’s been a mixed year so far – with many highs, many lows and a few in-between experiences.

Personally, the biggest high for me was starting this blog – a totally spontaneous, random decision that has become my passion or must I say, my obsession now. I have so many dreams as far as this blog goes but no idea how many will come to fruition. But for sure, I ain’t giving up without a fight!

Coming back to the recipe, as a family, we are simply crazy about meatballs. We can have it at any time of the day and in all forms – as appetizer, in sandwiches, with pasta etc. This dish was just another way to express that love. 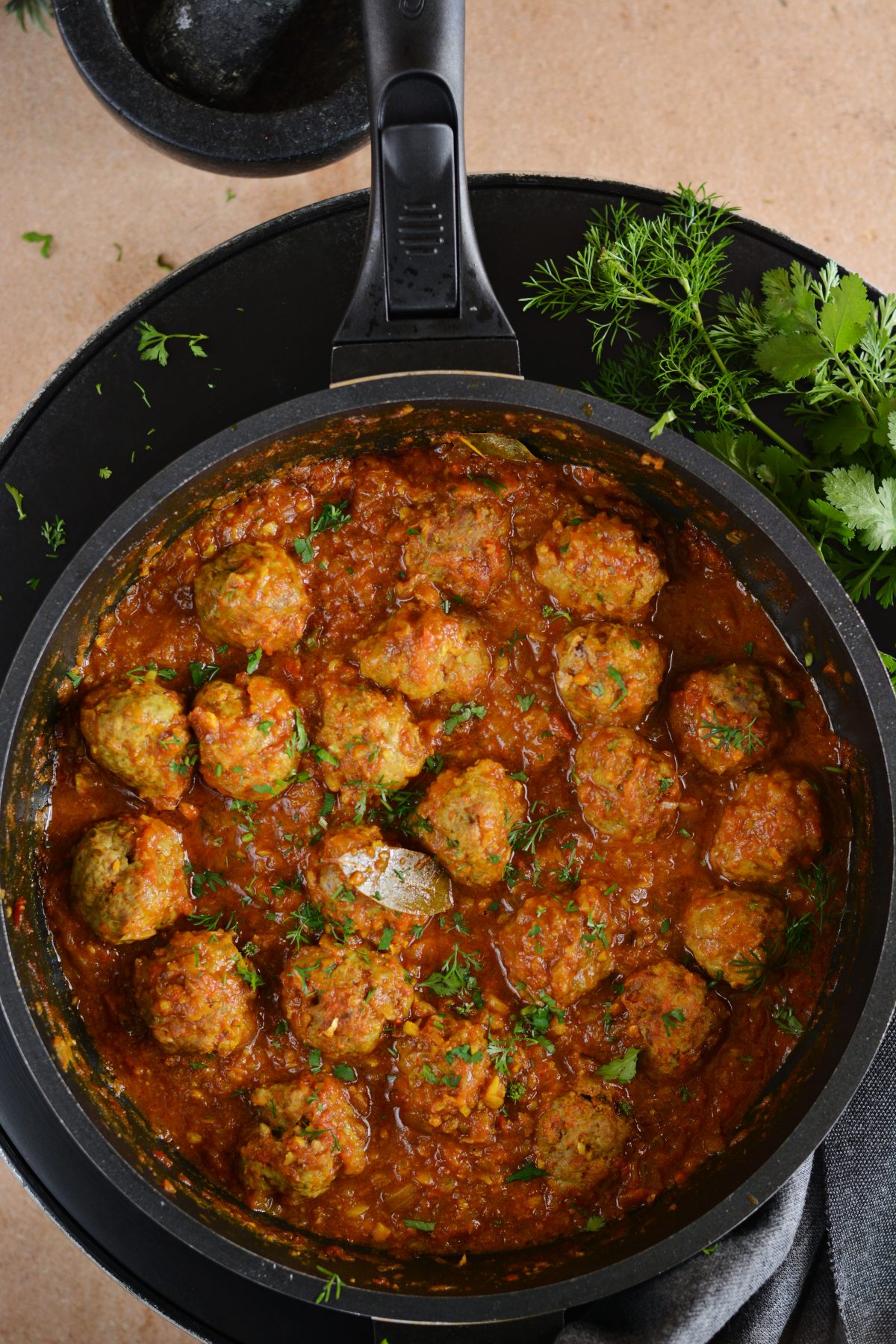 Meatball curries are quite common in India especially in the Northern regions. There are many variations and mostly due to the different spice mixes used. This is a simple recipe by Madhur Jaffrey – who is rightly referred to as the queen bee of the British Indian culinary scene. The meatballs are easy to prepare (you could even make these as a starter skipping the gravy part). The spice mix made from bay leaf, cinnamon and cloves is a simple one but lends a beautiful aroma and flavour to the curry. The carrom/ajwain seeds added to the meatballs not only make it super healthy but also take the flavour quotient a notch higher. 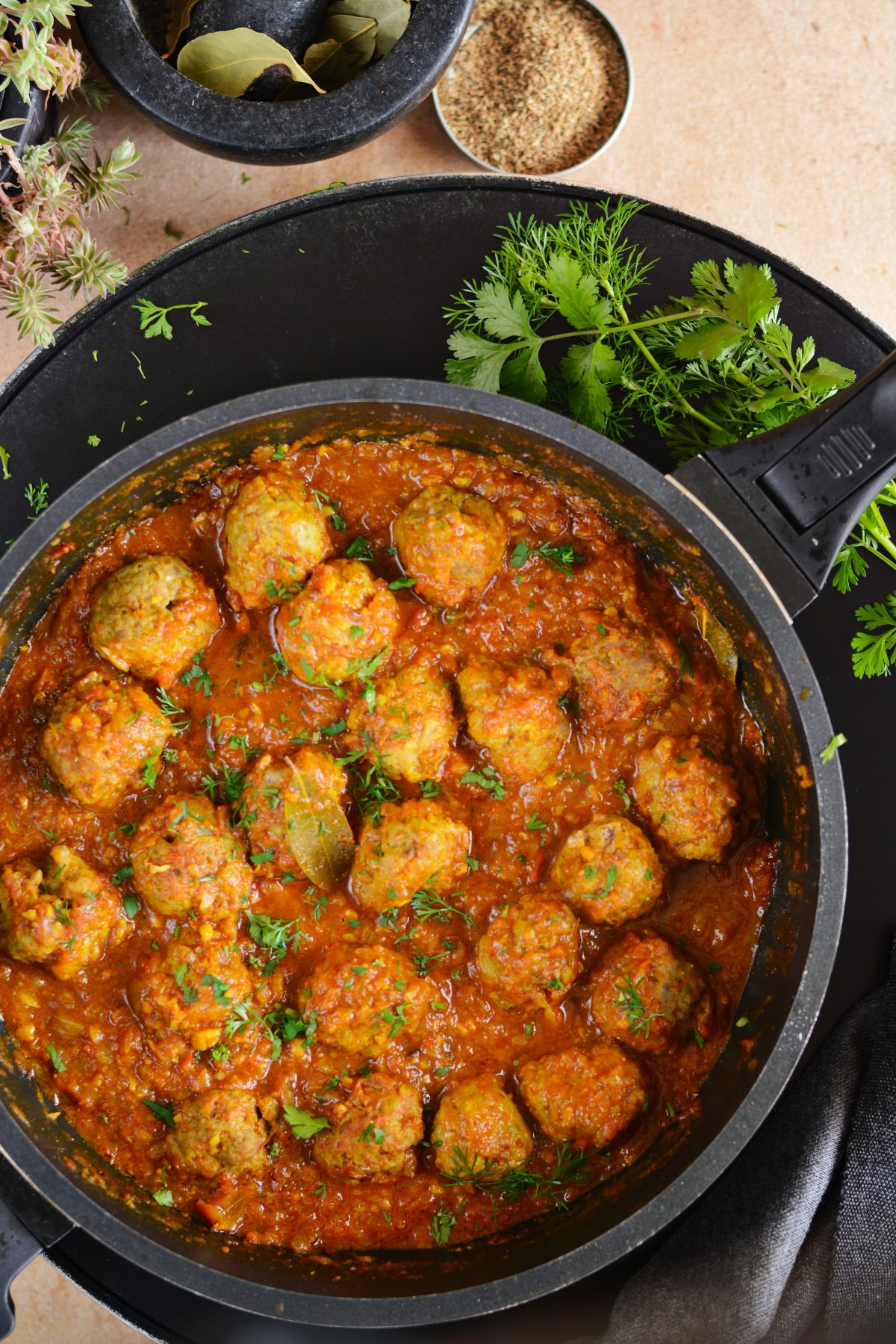 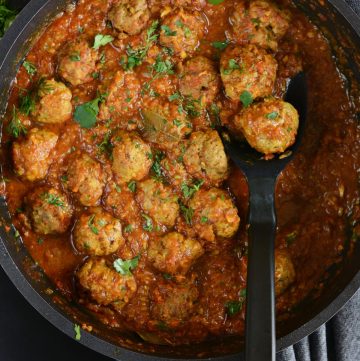 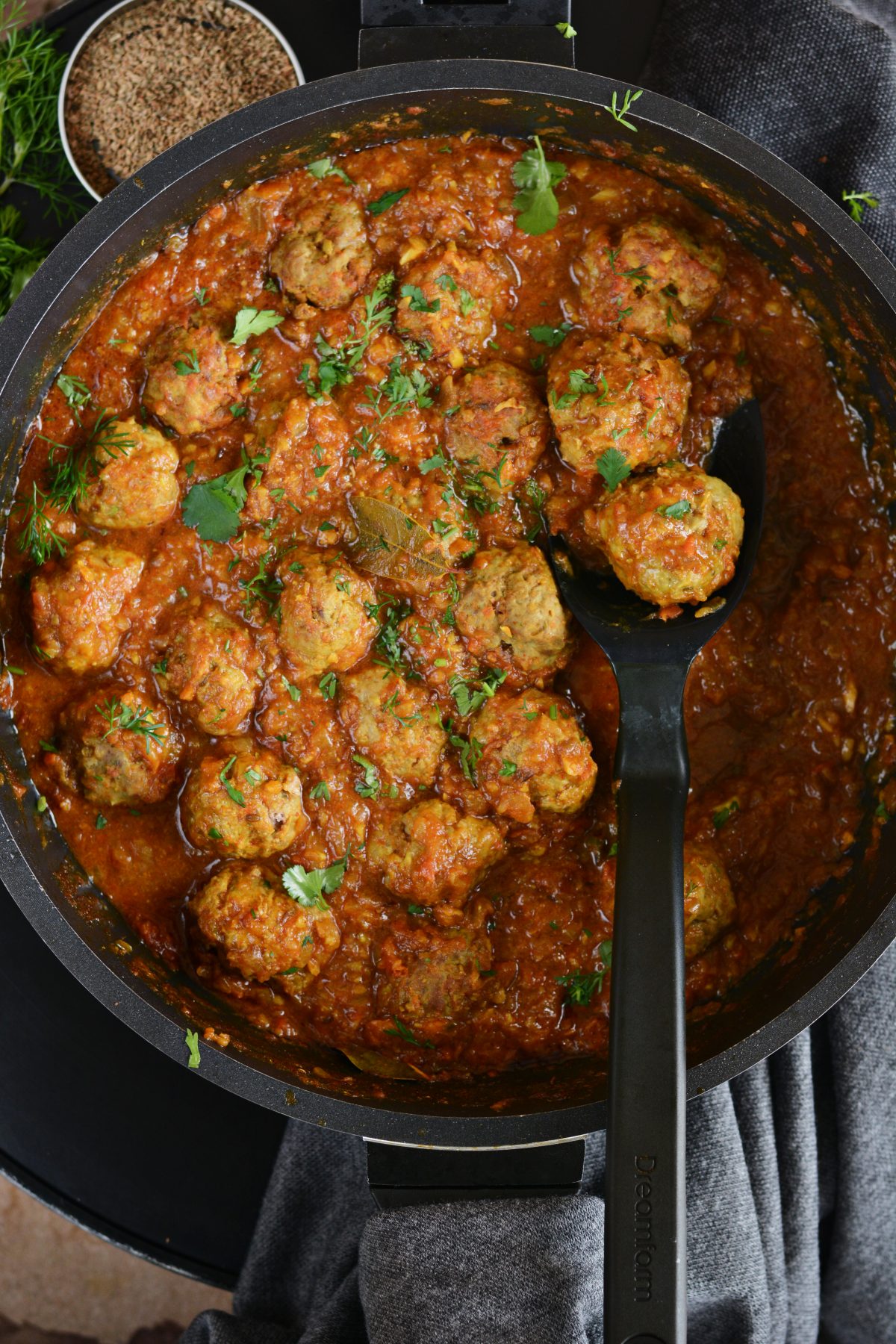